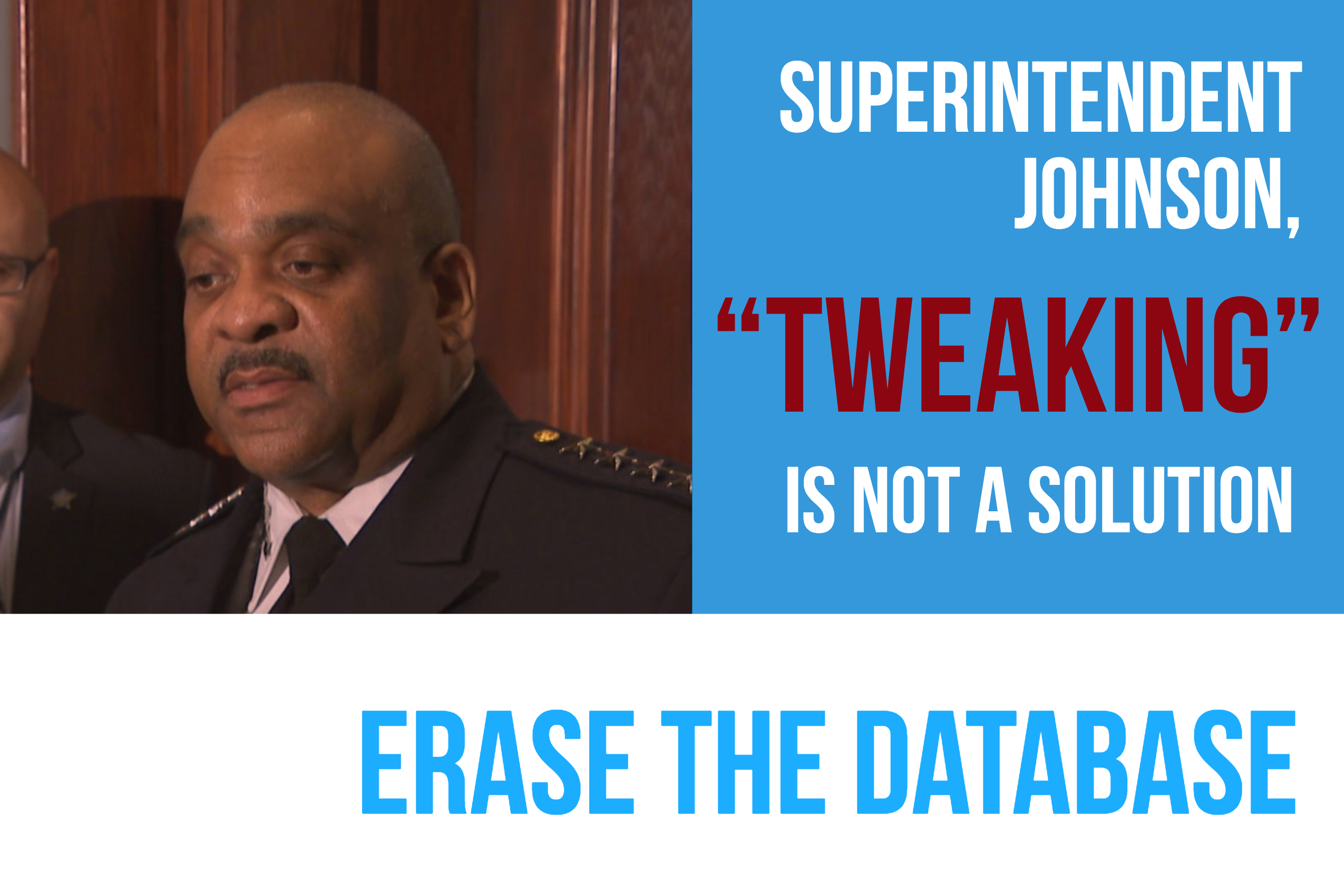 What Superintendent Eddie Johnson Got Wrong on the Chicago Gang Database

Yesterday Chicago Police Department Superintendent Eddie Johnson said he has a plan to fix the Chicago Gang Database listing out a number of reforms that he said would fix the problems.

But “fixing” the database does not sufficiently address many of the harms caused by the gang database, including: increased criminal sentences, denial of bonds not requiring cash payment, housing discrimination, employment discrimination, and being targeted by immigration enforcement.

Here are 4 things that the Superintendent got wrong during his interview:

The Campaign to End the Chicago Gang Database is an open-source campaign by community, legal, research, and policy-organizations to expose and repair the harm of the gang database. Organized Communities Against Deportations (OCAD), Black Youth Project 100 (BYP100), and Mijente have been leading a local campaign urging the city of Chicago expand what it means to be a “Sanctuary City” to protect immigrants and US born people of color, particularly those who are targeted by local police. Exposing and eliminating the gang database is a the top of the agenda. Find out more at: http://erasethedatabase.com.